THESE sketches provide a first glimpse of how the Debenhams site in Taunton could look – should the landmark store close.

As revealed by your County Gazette in May, the owner of the building is working with development firm Crossmark to draw up ‘contingency plans’ should the chain choose to close the North Street store.

Last week, Debenhams put itself up for sale, saying it hoped to secure a buyer by the end of September.

And the owners of the Taunton site are proceeding with a consultation with residents over what they would like to see on the prominent plot.

Mark Lewis, from Crossmark, said: “Our ongoing hope is that Debenhams will be able to resolve their ongoing difficulties, possibly under new ownership, as the best outcome for all concerned is for Debenhams to continue to trade successfully in Taunton.

“However, we are also very aware of the damage that will be caused if they leave without contingency plans in place.

“A large empty store in this location would not only affect the owner of the building, but also exacerbate the challenges being faced by other retailers in the town centre.

“We are doing our best to ensure that this does not happen, and we are now moving to the second stage of our public consultation process.” 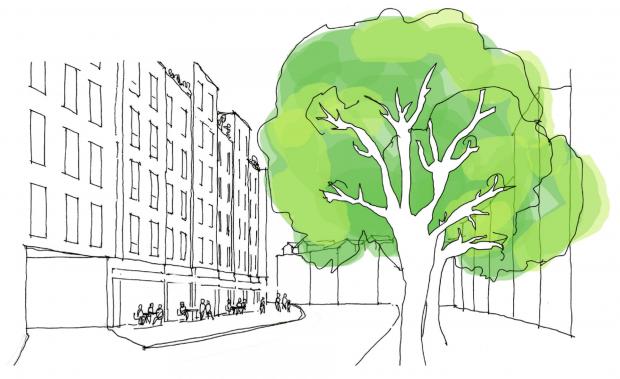 The firm also revealed details of responses to the first stage of the public consultation.

“During Stage One consultation, one of the main themes that emerged was a desire to see unrestricted age apartments (rather than apartments for over 55s),” it said.

“Following this feedback, the Project Team have been looking at ways of changing the apartments to unrestricted age use, and discussions are ongoing to see if this will be possible.

“The key issue is parking, as higher parking numbers are generally required for non-age restricted schemes.

“Given the town centre location, with strong transport links and all day to day facilities and services within walking distance, there is a strong argument for unrestricted age apartments with low parking numbers.

“This reduction in parking spaces would be supported by a range of other measures, including an accredited, publicly accessible car club, with charging points for hybrid/fully electric vehicles.

“Significant amounts of cycle parking will be provided, with approximately 200 cycle storage spaces. A bike pool and e-bike charging facilities are also being considered.”

It said respondents also detailed hopes for retail space on the ground floor being utilised by independent shops, or a market-style development.

“While this will depend on there being suitable occupier(s), the application will be adopting a flexible approach that would allow for this to be one of the possibilities,” the developer said.

Now, the second stage of the plan is underway.

Work has been continuing with a series of technical studies and investigations, and the Project Team have been focussing on a number of key priorities, the developer added, including:

For more information about the design development and consultation process, log on to www.19to26northstreet.co.uk.

Meanwhile, members of the Project Team will be presenting proposals via a public webinar on Tuesday, August 18, 6pm to 8pm, which will give members of the public the opportunity to ask questions directly.

Registration is via the consultation website at www.19to26northstreet.co.uk or direct via https://bit.ly/2Xuo7vm. 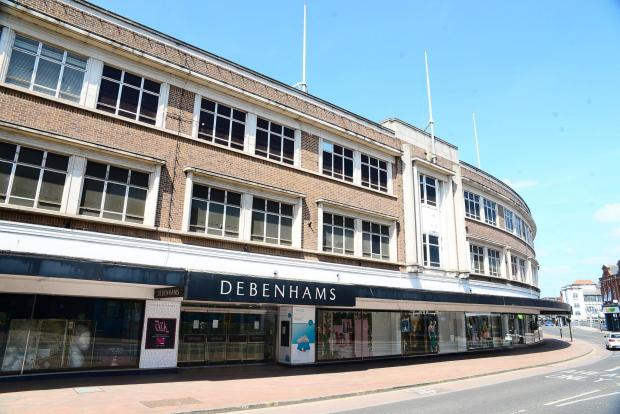 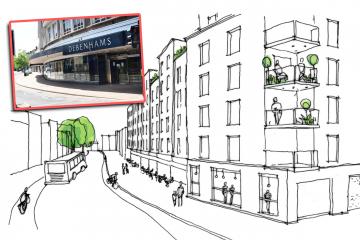 A SINGLE case of classical bovine spongiform encephalopathy (BSE) – an infection commonly known as mad cow disease – has been confirmed on a farm in Somerset. This is The West Country | News …

RESIDENTS in Somerset are being given advice on how they can help Afghan refugees arriving in the county in the coming weeks. Somerset County Gazette | News …

GLASTONBURY is gearing up for the return of the Abbey Extravaganza concert this evening. Somerset County Gazette | News …

A SHOOTING party guest has been jailed after he killed a friend in a car crash after he had been drinking port and taking cocaine. This is The West Country | News …

MORE than 500 care home workers in Somerset are yet to receive a Covid vaccination – as fears grow of a national staffing shortage with the deadline looming for all staff to get vaccinated. Somerset County Gazette | News …