Looking for something to do in Taunton? Whether you're a local, new in town or just cruising through we've got loads of great tips and events to offer. Find out what’s on in Taunton with our regularly updated events calendar featuring the best upcoming events in Taunton and the area.

This guide lists events at a glance, showing what’s on each month. See the highlights of What’s On for Taunton, featuring the best of things to do in Taunton – Live Music and Gigs, Family Events, Art & Culture, Food & Drink and much more. Taunton fundraisers and charity events.

Important This Event Calendar is not maintained on a daily basis and some events may have changed dates or are no longer happening. Please double-check the event websites for the most up-to-date information. 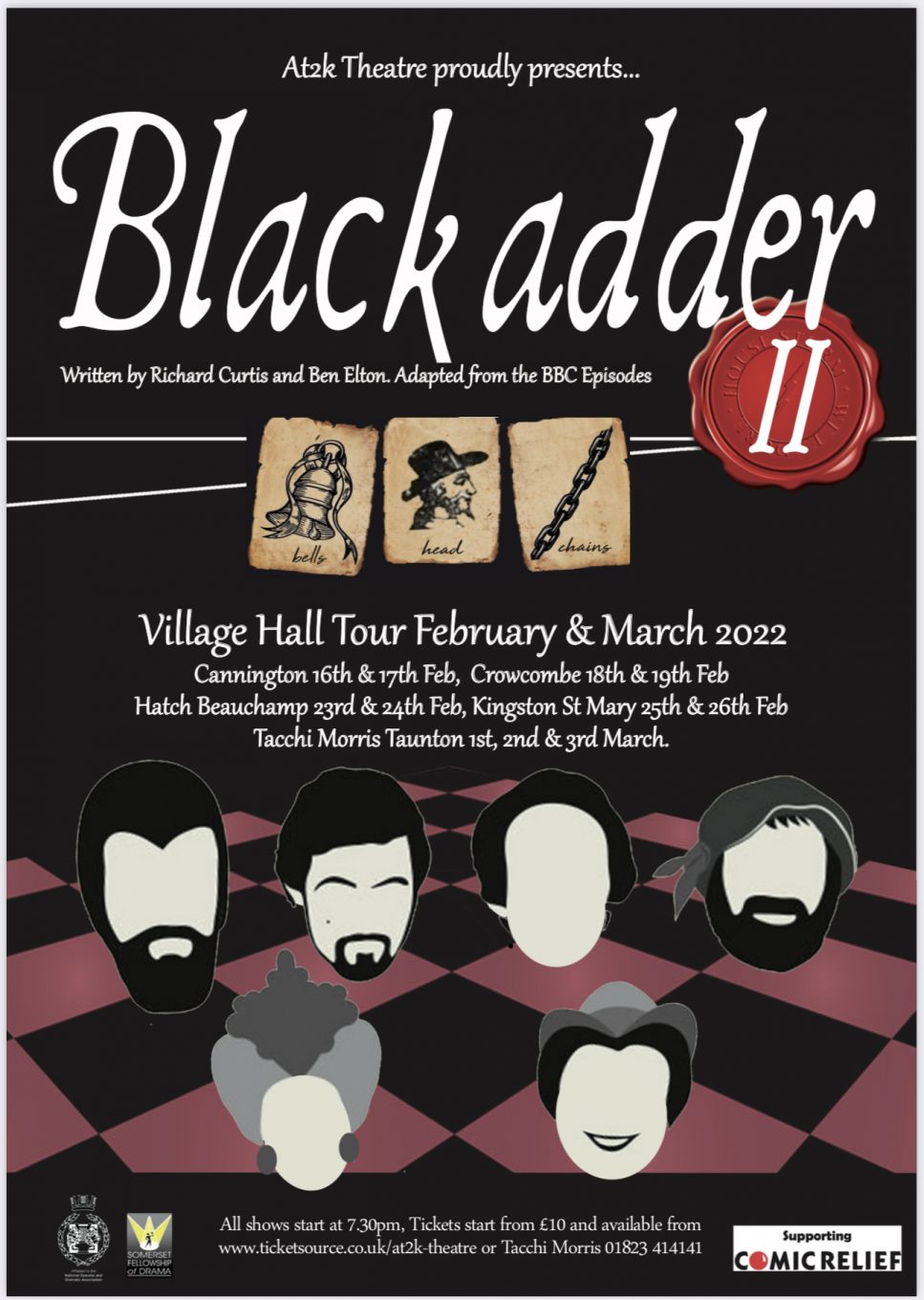 “To you, Baldrick, the Renaissance was just something that happened to other people, wasn’t it?”

Based on three episodes of the legendary BBC TV sitcom, this hilarious show transports us back to Elizabethan England where the scheming Lord Edmund Blackadder exploits his withering wit and cowardly cunning to seek his fortune at court.

As ever, Blackadder’s ambitions are constantly hampered by his idiotic sidekicks – the aristocratic buffoon Lord Percy and turnip-loving Baldrick.

To gain favour with Queenie, he must also contend with the eccentric ramblings of Nursie and the crafty scorn of Lord Melchett.

The stories are peppered with distractions such as Kate, know as Bob, the pox ridden prison staff Mr & Mrs Ploppy, the Wise Woman and who could forget the explosive Lord Flasheart!

Brought to you by the team from @2K who staged our hugely successful production of Vicar of Dibley in 2018, here we present a trio of the very best and funniest episodes from Curtis and Elton’s second series: ‘Chains’, ‘Bells’, and ‘Head’.

Doors open at 7.00pm on each night 25th and 26th February, drinks and refreshments available.

If you have an event, that you would like to be featured on our Events Calendar, please visit Free Event Listing.