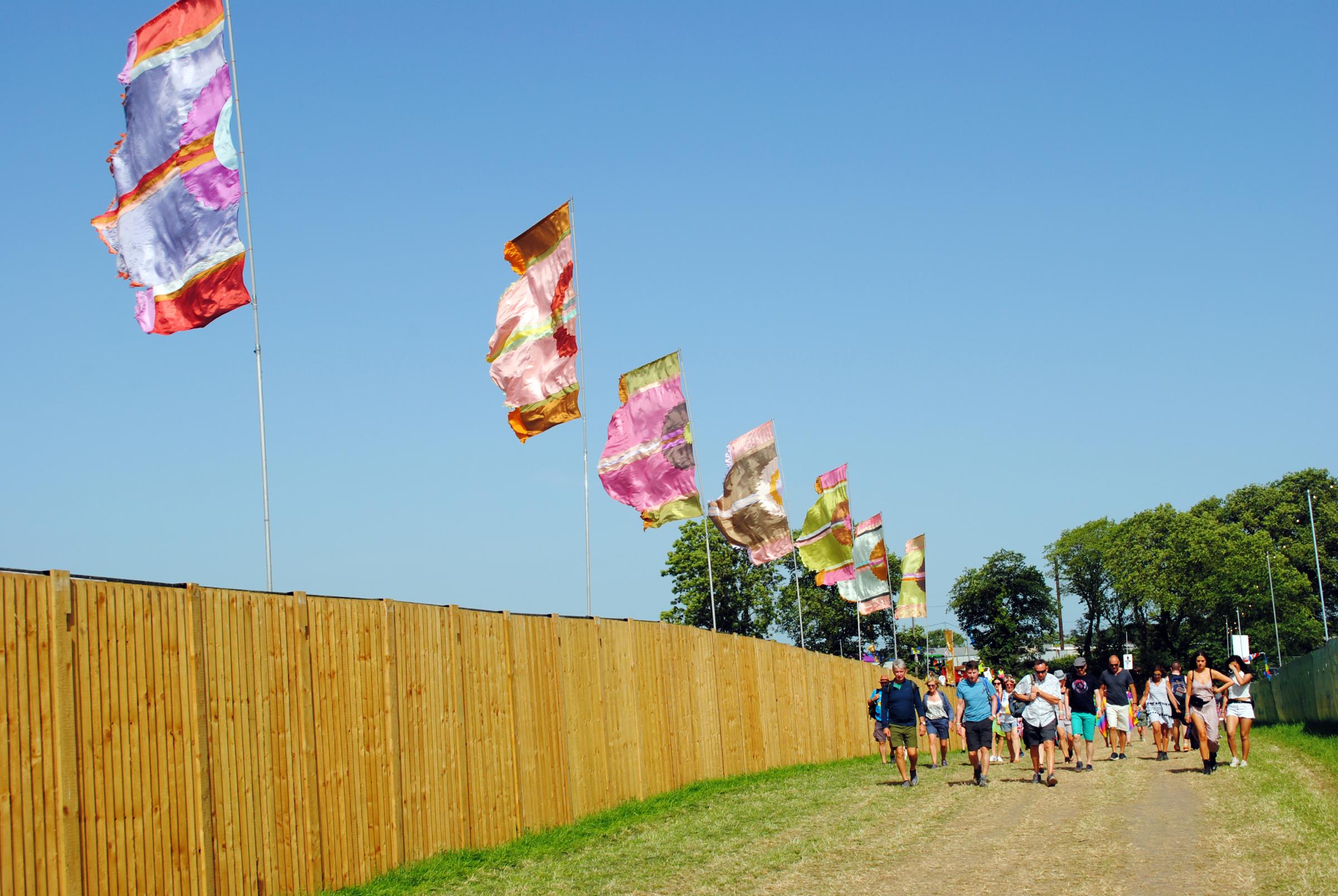 GLASTONBURY Festival should consider clarifying the amount of alcohol people can bring to the event, a council report has suggested, after praising organisers for a “very successful” gathering in 2019.

The recommendation features in a Mendip District Council debrief about the 2019 festival, which was headlined by Stormzy, The Killers and The Cure.

Festival organisers were praised for the event, which was described as “well planned and managed”.

A series of recommendations were made in the nine areas covered by council officers reviewing the festival, including alcohol, food hygiene and security.

In the security section, the report suggested that staff manning gates at the site in Pilton, should be given a “more robust briefing to ensure uniformity in relation to prohibited items”.

It also recommended consideration be given “to introduce a set limit on the personal amount of alcohol being brought on site, thus promoting consistency and fairness”.

The festival’s current policy is that amounts considered “beyond reasonable personal use will be confiscated at the gate”, its website states.

Alcohol in glass bottles must also be decanted into alternative containers before people arrive at Worthy Farm, where glass is not allowed.

Council teams were posted at gates A and B during the festival and found discrepancies between the two, the report states.

It said alcohol allowances “differed from gate to gate as this was a subjective test”.

“Staff at the gates commented that they would like to see standardised limits so that festival-goers are clear on what they can bring in,” the report said.

READ MORE: ‘Do believe the hype’: Why 2019 showed the Glastonbury Festival is more relevant than ever

Gate B was also more “robust” with implementing the policy of no glass at the festival, including by confiscating bottles of perfume “some of which were very expensive”.

Staff at gate B also stopped any gazebos coming onto the site, but they were allowed through gate A, the report said.

There was an increase of noise complaints in 2019, with 37 received by the council compared to five in 2017.

Council officers said weather conditions appeared to “polarise noise propagation in certain directions”, which meant that areas that had rarely experienced noise in the past did so in 2019.

“Other contributing factors may also be the changes to venues and orientation of noise sources and further work needs to be undertaken to fully understand additional mitigation that could be put in place to reduce this late-night noise impact,” the report said.

Festival organisers were praised for “responding quickly” to an increased demand for water due to unexpected hot and dry weather.

The report also highlighted improvements made to reduce the festival’s carbon footprint each year, including banning the sale of single-use plastic bottles in 2019.

“The council recognises the work that the organisers have undertaken and would like to encourage further work aiming to reduce the carbon footprint of the event and develop best practice to share with other event organisers,” it said.

Standard tickets for the 2020 Glastonbury Festival sold out within just 34 minutes of going on sale in October.

Paul McCartney will headline the famous Pyramid Stage on the Saturday night, with Taylor Swift headlining on the Sunday – the first time the singer-songwriter has performed at the festival.

Diana Ross has also been confirmed as playing at the 2020 event, where she will perform the legends slot on the Pyramid Stage on Sunday afternoon.

TEMPORARY traffic lights have been set up on a main Taunton road this evening (Tuesday). Somerset County Gazette | News …

THE Glastonbury Festival is littered with exotic foods for revellers to try – from goat curry to Chinese and Indian food. This is The West Country | News …

A SENIOR Tory MP has called on Chancellor Rishi Sunak to announce additional support for festivals as part of the Budget next week. This is The West Country | News …

A SHOP housing a butcher and a fruit and veg outlet is opening in Taunton town centre. Somerset County Gazette | News …

PLANS for 140 new homes and a pumping station on a major development site in Taunton have been approved by councillors following a seven-hour meeting. Somerset County Gazette | News …