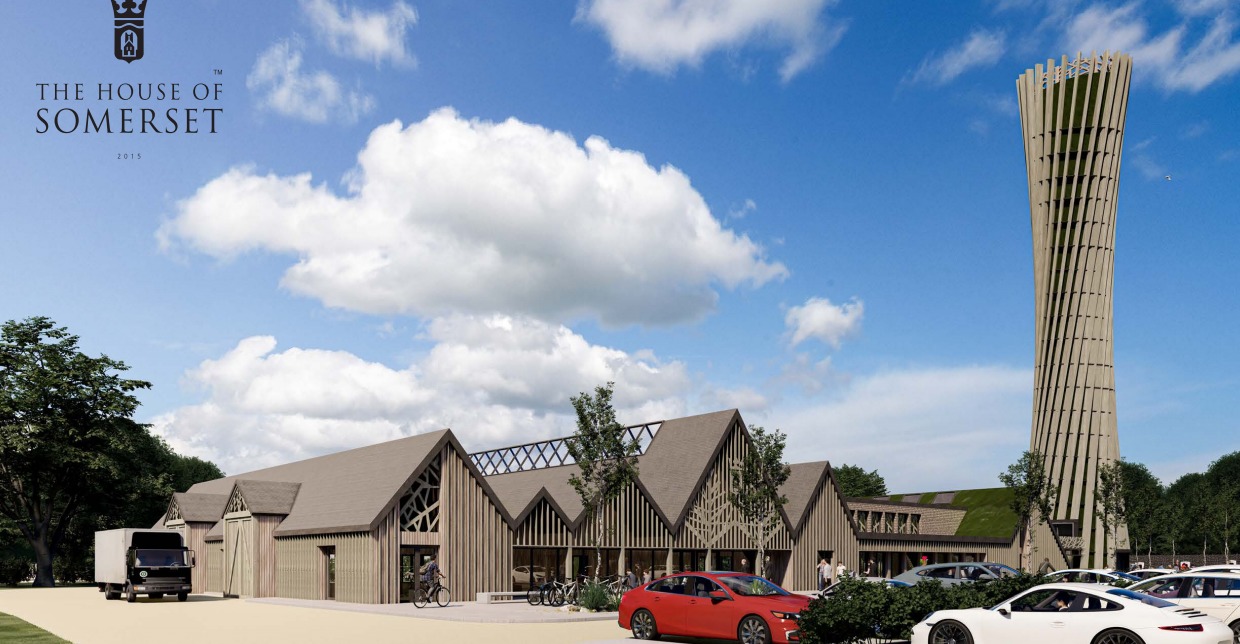 PLANS have been unveiled for a multi-million pound development on the outskirts of Wellington to attract thousands of visitors to the county.

House of Somerset would showcase local food and drink, while artisan workshops would allow craft makers to show off their skills.

A 50-metre high wooden beacon would signpost tourists from the M5 to the site off Junction 26 at Foxmoor Business Park.

The team behind the project, which could cost in the region of £10-15million, have applied to Somerset West and Taunton Council for planning permission for the development.

House of Somerset would feature a visitor centre, pannier hall, artisan workshops and the beacon with the aim of creating “a visitor destination and gateway to the South West”.

“This will signpost Wellington as the independent retail centre of Somerset and will provide a showcases for some of the 8,500 food, drink and farm suppliers based in the county, the breadbasket of England.”

The visitors centre will focus on Wellington, Taunton and West Somerset, while a Wellington Monument interpretation centre will feature The Battle of Waterloo Experience.

Visitors will be able to hire e-bikes to cycle up to the monument or into Wellington.

The beacon will features an internal lift and staircase offer 360 degree views across the Somerset landscape.

The development, which aims to persuade more tourists visiting the South West to stop off in Somerset, is likely to create at least 200 jobs.