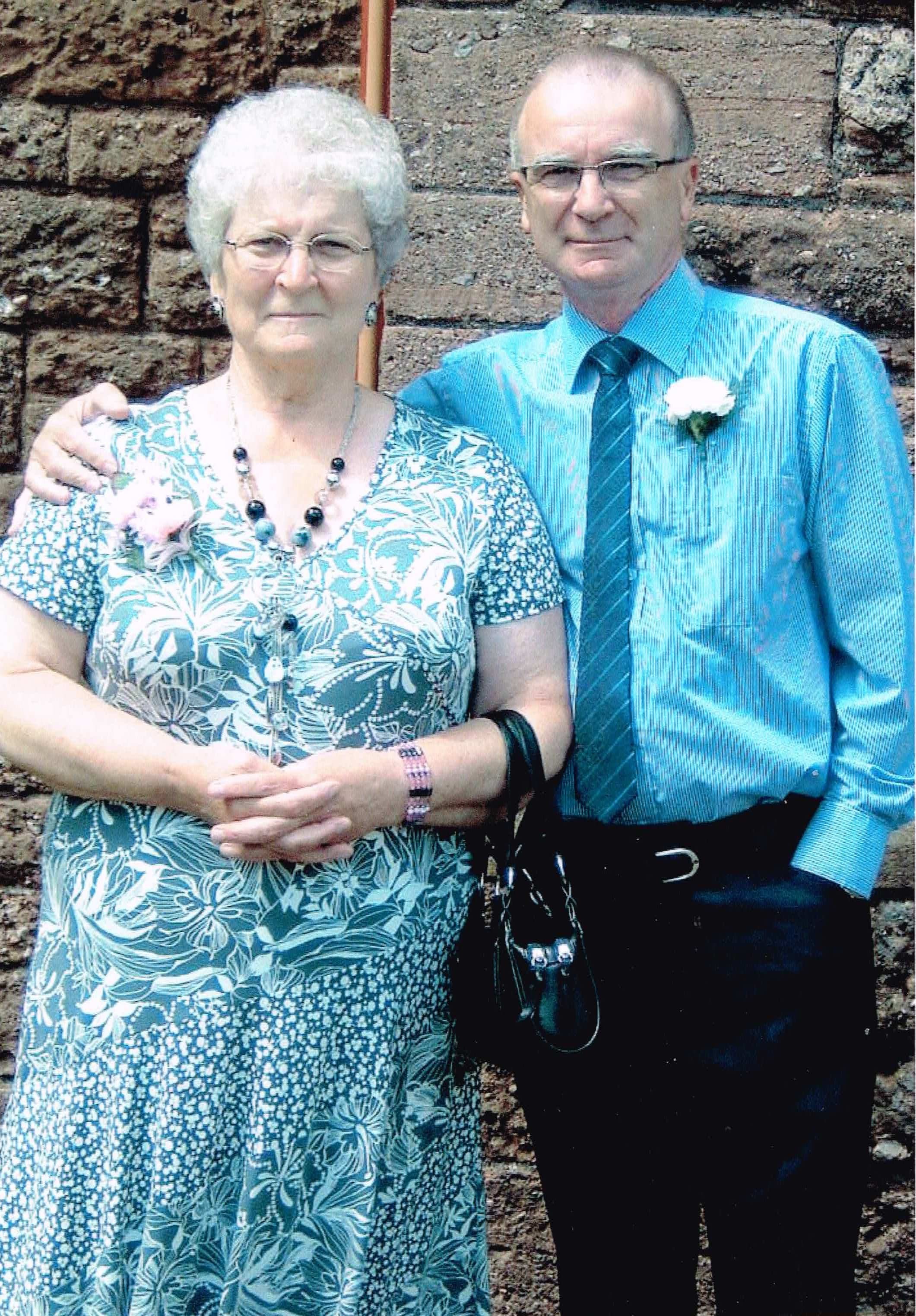 THE grieving son of an inseparable couple has told how he was about to say goodbye to his dying mother when he heard his father was “going the same way”.

Great grandparents Leigh, 77, and Cynthia, 75, from Wellington, were being treated in hospitals 40 miles apart after both catching Covid-19.

Cynthia was taken to Musgrove Park Hospital, Taunton, on January 5, after testing positive for the disease.

Leigh, a former band knife operator, was admitted to the same hospital three days later after also testing positive for the coronavirus.

Leigh was later transferred to Southmead Hospital, in Bristol, after showing signs of improvement, but soon took a turn for the worse.

Their family was devastated when Cynthia died at 6.15pm on Friday, January 22, and her husband died at 1.15am the next day.

One of their two sons, Kevin, speaking after last Wednesday’s funeral, said: “Today I feel so empty. I think I’m in shock now. I’ve cried too much.

“We were going to say goodbye to mum – I was at least 10 steps from door of hospital when I had a phone call from Southmead saying dad was going the same way.

“You can see what emotions were like – me and my brother were numb with it in shock.

“The thing I’m not dealing with the best is that normally when one parent passes away you can go to visit the parent left and revisit memories with them.

“And then later on you may prepare yourself for them going as well.

“But to have two taken in one go – they’ve been taken away so drastically and quick.”

Cynthia and Leigh met in their early teens and hadn’t been apart in 50 years before Cynthia was admitted into Musgrove.

Leigh played football for Wellington in his younger days but retired relatively early to bring up his family.

Kevin and his brother Darren also played football for Wellington, their parents following them home and away through rain or shine.

Kevin added: “We could not have had better parents. They were inseparable and went everywhere together.

“They were lovely and role models. Their family was everything to them.

“We never saw this coming. They were very much switched-on grandparents who regularly attended football matches to watch their grandchildren play.

“I couldn’t even imagine how many miles they’ve travelled.”

A POLICE officer has today (Tuesday, May 17) seized this knife after it was spotted being carried by a member of the public. Somerset County Gazette | News …

POLICE are appealing for people in the Avon and Somerset Police area to get in touch if they spot a missing 14-year-old boy. Somerset County Gazette | News …

POLICE in West Somerset are appealing for witnesses following a break in at a Spar shop. Somerset County Gazette | News …

A SOMERSET farm shop is holding a competition that will allow the winning entrant to have their royal doughnut idea brought to life. Somerset County Gazette | News …

GLASTONBURY Festival is set to return in June after two years away due to the Covid pandemic, with around 210,000 people expected to attend the event at Worthy Farm. Somerset County Gazette | News …

There is “heavy traffic” on the A38 between Wellington and Taunton following reports of an accident at around 7:30am this morning. Somerset County Gazette | News …