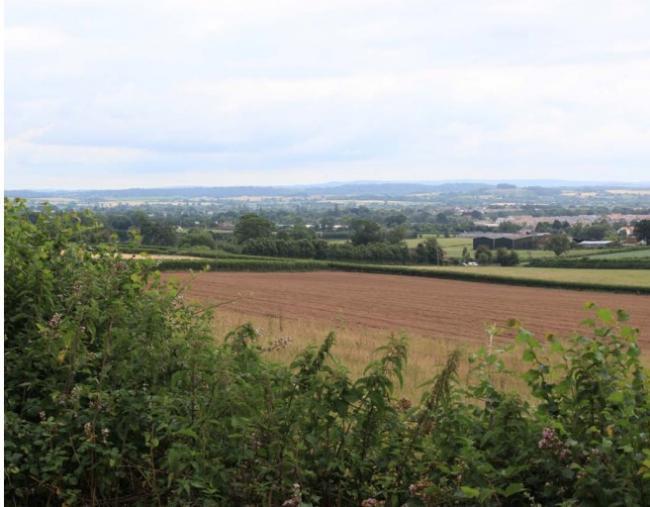 The proposals on land between Monkton Heathfield and Creech St Michael contain “serious design and layout failures”, according to the Create Street report commissioned by Arts Taunton and West Monkton Parish Council.

They want Somerset West and Taunton Council to demand changes to the MH2 plans from Redrow Homes and Persimmon Homes.

Arts Taunton trustee Donald Rice said: “We strongly urge the council to stick to its own Garden Town principles and insist on improvements to the plans.

“In its current form, the development is likely to lead to a car-dominated suburb – essentially a large cul-de-sac.

“Taunton has some outstanding urban planning in its historic centre and deserves better than identikit houses broken up with roundabouts bolted on to its edges.”

West Monkton Parish Council chairman Cllr Stuart Haskins said: “The council has done good work in the last few years in its design guides for Taunton, which have now been formally adopted. These guides must be shown to count for something.

“The Redrow/Persimmon plans for Monkton Heathfield fail to match those ideals in many respects and should be sent back to the drawing board.”

The plans for the 100-hectare site currently made up of fields, woodland and hedgerows, also feature a school, district centre, community facilities, bus and ride scheme and extension to the Eastern Relief Road, as well as shops, restaurants and cafes.

The developers say they want to create “a new garden neighbourhood, building on the legacy and distinctive character of the site”.

They added: “The delivery of local facilities and services, employment space and community facilities, alongside development will support both the existing and proposed communities, complementing the vision for the Taunton Garden Town.

“The Monkton Heathfield second phase new garden neighbourhood will be a highly desirable place to live for the 21st century and beyond, reflecting the desirable elements of the local vernacular.

“The proposals respect the local character but also move the community towards a more sustainable future, through a significant increase in housing choice.

“Development will accord with the principles of high-quality design and best practice to create a townscape that is both varied, and yet sympathetic to its environment.”

READ MORE: Plans for new homes on outskirts of Taunton.

POLICE across Somerset are continuing to deter speeding drivers with mobile speed cameras sited in hundreds of locations over the coming week. Somerset County Gazette | News …

Charles spoke out in a new statement hours before Her Majesty Queen Elizabeth II is buried. Somerset County Gazette | News …

See what will happen from now until the Queen’s funeral. Somerset County Gazette | News …

THE community turned out in force for the Merriman Park Fun Day in Street on Saturday (September 3). Somerset County Gazette | News …