PEOPLE could be arrested for breaking the Government’s new ‘Rule of Six’, the Prime Minister has warned.

Social premises and venues, including pubs and restaurants, will be legally required to request test and trace information from customers and keep the details for 21 days, Boris Johnson added this morning.

Regarding the six people rule, the Prime Minister said: “This will apply in any setting, indoors or outdoors, at home or in the pub.

“The ban will be set out in law and it will be enforced by the police – anyone breaking the rules risks being dispersed, fined and possibly arrested.

“This single measure replaces both the existing ban on gatherings of more than 30 and the current guidance on allowing two households to meet indoors.

“Now you only need to remember the rule of six.”

Health Secretary Matt Hancock has also said it will be compulsory for pubs and restaurants to take customers’ details for the Test and Trace programme.

He added: “We’re also going to enforce more strictly the rules around hospitality, including for instance you need to give your contact details when you go to hospitality, which has so far been voluntary.

“Large swathes of the hospitality industry have followed it.

“Some have chosen not to, so we’re going to make that compulsory as well.” 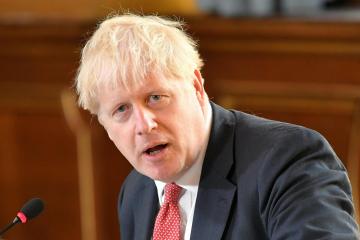