TAUNTON’S two park and ride facilities have been secured until at least April 2022 despite the district council withdrawing its subsidy.

The Gateway and Silk Mills sites were threatened with closure in September 2018 when Somerset County Council said it could no longer afford to maintain the service.

Taunton Deane Borough Council stepped in with a subsidy of £170,000 to ensure the two sites could remain operational for a further 12 months.

Its successor, Somerset West and Taunton Council, continued to subsidise the facility while working with the county council to make the service more commercially viable.

The county council has now confirmed that it can afford to run the facility without the district council, with money being set aside in its annual budget agreed in February. 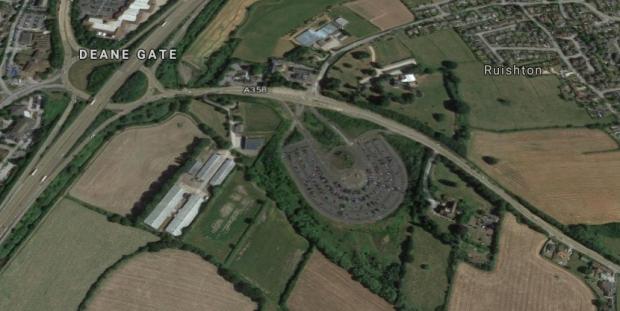 Councillor Mike Rigby, the district council’s portfolio holder for planning policy and transport, confirmed the end of the subsidy in a report published before a virtual full council meeting on March 30.

He said in his written report: “We have successfully persuaded the county council to resume financial responsibility for its park and ride facilities in Taunton, removing our subsidy of £200,000 which was begun under Taunton Deane Borough Council.

“We continue to work with the county council to assure the future of the park and rides as well as to seek the modification of routes to take in new centres of heavy potential use generation.”

In addition to his district council role, Mr Rigby is also the county councillor for the Lydeard division – the neighbouring division to the Silk Milks park and ride facility.

Park and ride services resumed in November 2020 following a suspension at the height of the coronavirus pandemic, with buses running every 15 minutes on weekdays and every 20 minutes on Saturdays.

The county council has declined to specify how much funding has been allocated within its annual budget towards running the two sites up to April 2022.

A spokesman said: “At our meeting in February this year, we made a budget provision to fund the park and ride service for 2021/22.”

The council’s highways operations (including the park and ride) forms part of its economic and community infrastructure department – which also includes broadband infrastructure, the libraries service and its contribution towards the Somerset Waste Partnership.

The area around the Gateway site is currently being redeveloped as part of a scheme to improve Junction 25 of the M5 and unlock the Nexus 25 business park site via a recently completed roundabout.

The district council is currently exploring the prospect of the Gateway site having its own hotel and an electric vehicle charging hub as part of its Taunton 2040 vision.