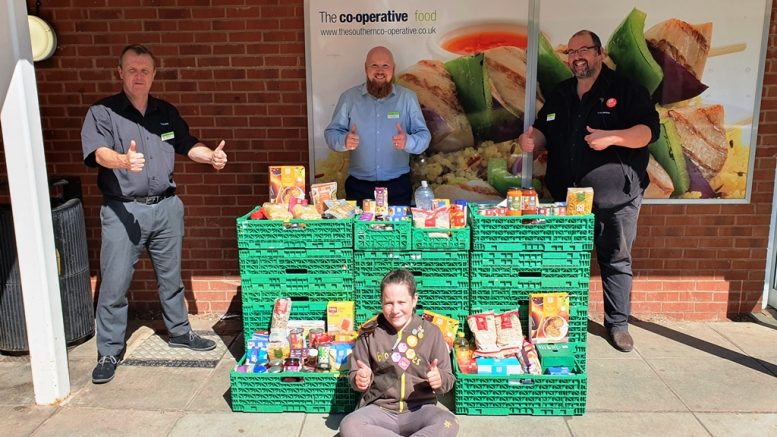 A heartfelt letter asking a local co-operative to make a Brownie’s ‘dream come true’ has lead to several crates of food being donated to a nearby food bank.

Eight year old Chloe Moolman wrote to Southern Co-op to explain she was part of Bishops Lydeard Brownies and she was working towards her charity badge.

She had chosen to support the Trussell Trust Food Bank in Taunton as ‘the coronavirus has caused many people to lose their jobs causing them not to be able to feed themselves or their family’.

She went on to say she was ‘writing this letter to you to ask if you are able to help make my dream of feeding people in need come true’.

Colleagues at The Co-operative Food stores in Cotford, Taunton and Norton Fitzwarren were more than happy to get involved and collected several crates of goods to donate.

Simon Clover, Area Manager for Southern Co-op – the regional, independent co-operative, said: “The community spirit we have seen during the pandemic has been really wonderful. We’ve had people sending gifts to our colleagues to thank them for their hard work and, in turn, our colleagues have sent gifts to people they felt have made a difference during lockdown.

“So when we received the letter from Chloe, we were delighted to be able to make her dream come true. We are very aware of the increased need for help at the moment which is why we have already made more than £100,000 to charities supporting people and organisations across the south.”

The Neighbourly Community Fund, one of the charities supported by Southern Co-op, is providing micro-grants to good causes that are helping communities affected by the coronavirus outbreak.

Organisations based near Southern Co-op’s stores or funeral homes can apply through their new or existing Neighbourly profiles at www.neighbourly.com/goodcause/ and using the referral code SouthernCoopPartner. 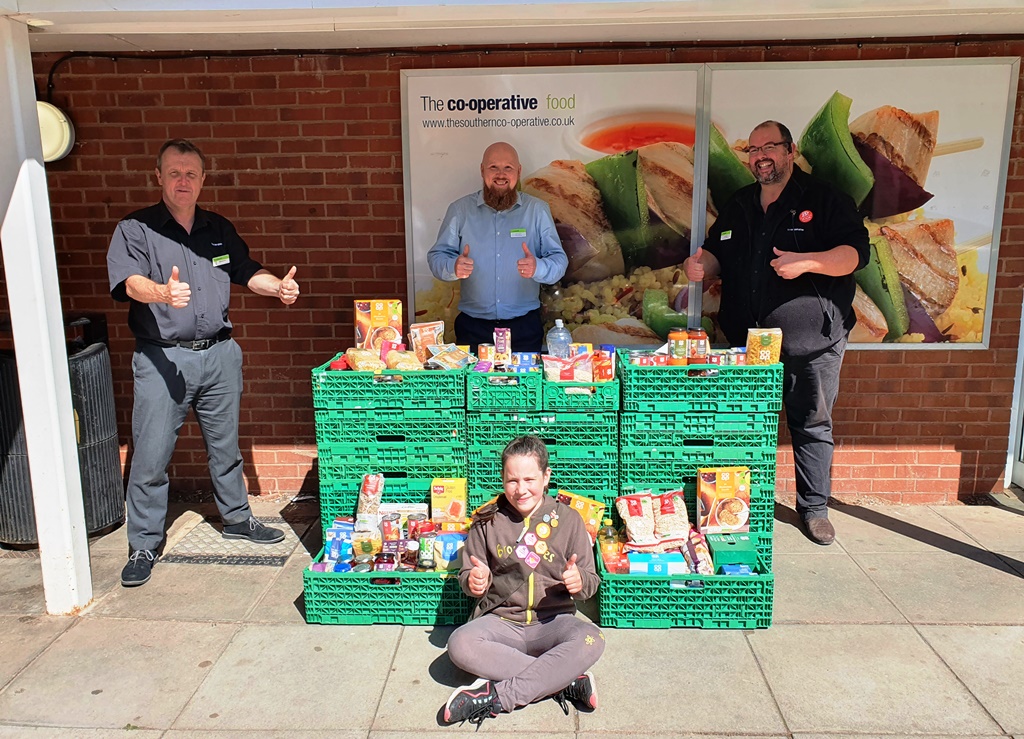